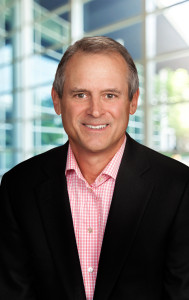 Eric began his technology career in 1984 as the founder and Co-CEO of Greenbrier & Russel, Inc., a $55m IT Services company with over 400 employees. He successfully sold Greenbrier & Russel to Fujitsu in 2006. Since then, he has been an active advisor and investor in numerous middle-market technology, digital marketing, technology consulting and strategy companies.

Eric serves on the board of directors of the Illinois Technology Association, the board of directors of the Special Leisure Services Foundation, is a Past Chair of the Windy City Chapter of the Young President’s Organization and current board member of the World Presidents Organization’s Chicago chapter. He was the recipient of the Illinois High Technology Award in 2000, and is a 2001 inductee into the University of Illinois at Chicago’s Entrepreneurship Hall of Fame.

Return to Our Team page.